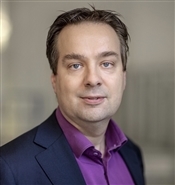 Rutger Claassen is Professor of Political Philosophy and Economic Ethics at the Department of Philosophy and Religious Studies of Utrecht University. Most of his research is at the intersection of politics, economics and ethics, asking fundamental theoretical and normative questions about the way our economies are structured. Currently, he is the principal investigator of a research project on The Business Corporation as a Political Actor, funded by the European Research Council (ERC-Consolidator Grant, 2M euro).

In this project, he investigates the societal role and legitimacy of business corporations. Also, he is the principal investigator of a 750K euro research project funded by the Netherlands Organization for Scientific Research (NWO) on Private Property & Political Power in Liberal-Democratic Societies. In the field of socio-economic justice, he defends a version of the capability approach – pioneered by economist Amartya Sen and philosopher Martha Nussbaum, which focuses on the development of personal capabilities instead of material resources as the central criterion for a just society. In his monograph Capabilities in a Just Society. A Theory of Navigational Agency (Cambridge University Press, 2018) he argues for a capability approach centered on a notion of autonomous agency. He has published in journals such as Economic & Philosophy, Inquiry, Law & Philosophy, Journal of Social Philosophy and Politics, Philosophy & Economics.

Rutger Claassen obtained his PhD in 2008 from Utrecht University for a dissertation about the moral limits of markets. He was assistant professor at Leiden University and a visiting scholar at the University of Michigan in Ann Arbour and Humboldt Universität in Berlin. At Utrecht University, Rutger Claassen is the first Program Director of the new BA-program in Philosophy, Politics & Economics (PPE), which started in September 2018. He also regularly publishes articles and books in Dutch, and gives lectures and interviews so as to bring philosophy to a broader audience. For years, he was the co-organizer of a monthly Philosophical Café in Utrecht. For more information, a full CV and some downloads, please visit http://www.rutgerclaassen.nl/?lang=en (English available).