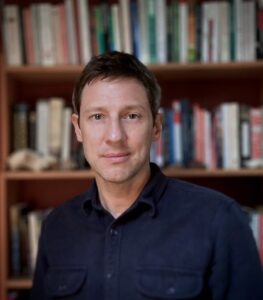 Tully Rector is a postdoctoral researcher in philosophy. His work addresses normative problems of political economy. Related interests include social ontology, theories of practical reason, comparative philosophy, and the history of political thought, especially the ideas of freedom and power in Kant, Hegel, and Marx.

His project at Utrecht is on the political power of multinational corporations. Can they be made to serve a global common good? How exactly, and over whom, are they empowered? What are their duties and entitlements? Should they exist in anything like their present form? And so on.

Tully received his PhD in philosophy at the Freie Universität Berlin, with a dissertation on the structure of global injustice. Prior to his appointment at Utrecht, he was an IRC Postdoctoral Research Fellow at Freie Universität, attached to the Exzellenzcluster “Contestations of the Liberal Script” (SCRIPTS). There he worked on the relations between economic inequality, corporate power, and the instabilities of liberal order. He holds a BA and MA in philosophy, and a second MA in classical Chinese studies. Before moving to Europe he taught philosophy at Peking University.

Tully can be reached at: t.f.rector@uu.nl